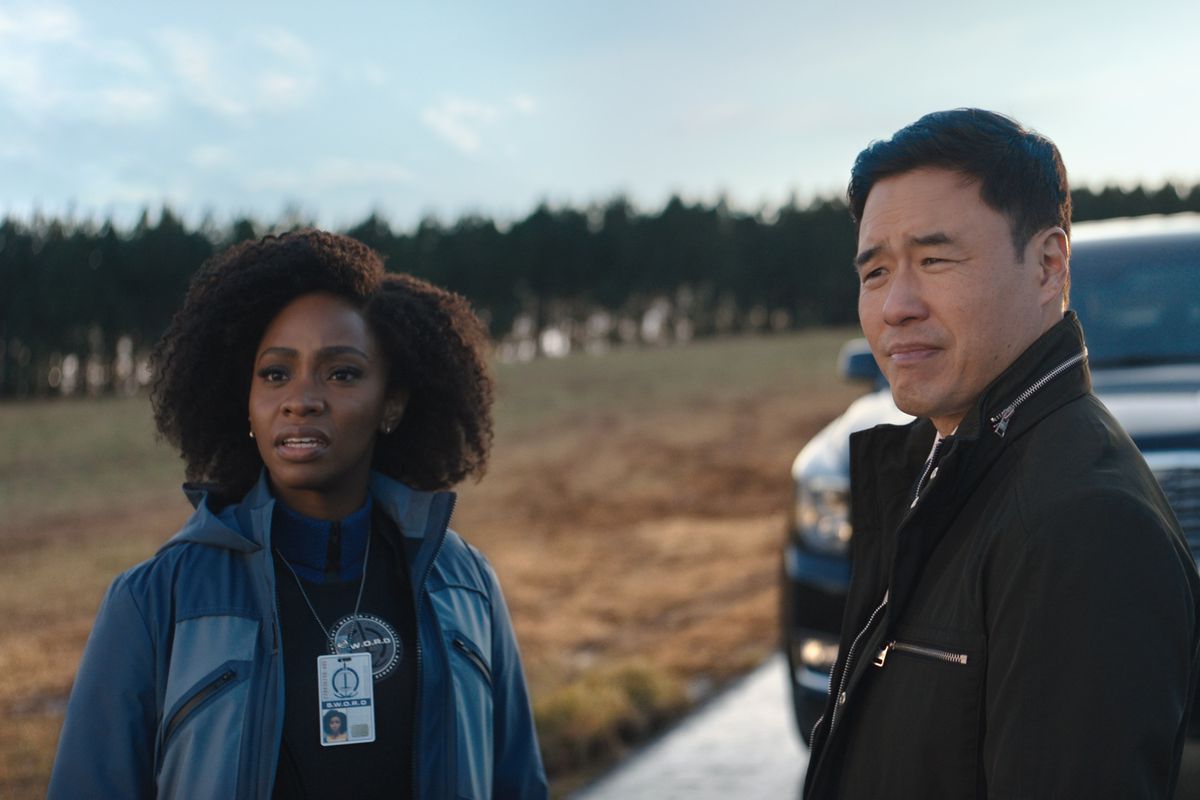 So we saw both our main characters in the 50s, 60s and 70s. Is it time for them to enter the 80s? NO! We are about to witness what has taken place outside the bubble for the first time. The episode showcases Geraldine and takes us back to the Blip. For those who don’t know, the Blip had taken place in Avengers Endgame. The event is when Hulk wished back everyone with the infinity gauntlet who were snapped out of existence by the Villain Thanos in Avengers Infinity War. The episode shows that Geraldine was blipped back into existence sitting in a hospital room. The scene plays out to show how much disarray and confusion occurred when people are suddenly placed into the exact spot they disappeared 5 years ago not knowing what happened. Geraldine was sitting by her mothers bedside after she was recovering from surgery. She finds her mothers doctor who explained that she did recover 5 years ago but died 2 years after. This was devastating to Geraldine. Three weeks later, Monica returns to work and is sent by Acting S.W.O.R.D. Director Tyler Hayward to help FBI agent Jimmy Woo with a missing persons case in Westview, New Jersey. Jimmy Woo was introduced in Antman and the Wasp. They discover a hexagonal field surrounding the town, which Monica is pulled into. Hours later a base is set up outside the field by S.W.O.R.D. Other characters are introduced like Darcey Lewis who was in the first two Thor movies. She eventually discovers that Wanda has been broadcasting life in Westview as a sitcom called WandaVision on old televisions sets. The S.W.O.R.D base can see all the people in Westview. They discover Monica Rambeau as Geraldine. We see Darcy and Jimmy were responsible for trying to connect to Wanda in episode 2 through the radio. We see details of how exactly Wanda banished Geraldine from Westview and how Wanda viewed her as a trespasser.  Shortly after Vision arrives to question where Geraldine is, he appears in the same horrific state right after he died in Avenger: infinity War. Wanda quickly uses her powers to change him back to his normal Westview state.

So we finally get a glimpse of the outside world of  Westview. We have a proper introduction to S.W.O.R.D their objectives and we get background about other characters. The beginning of the episode was very engaging as it related back to the Avengers movies and how chaotic things were for ordinary citizens. I really appreciate the effort the writers and showrunner try to do by connecting to the overall MCU narrative. The intricacies to make all these movie and tv shows is impressive. Most of the credit is due to Kevin Fegie. His initial vision was to have all the marvel properties connected before disney shared spiderman and bought Fox. Now that Marvel Studios has access to all these characters, they can fully explore everything they have to offer. What really intrigues me about this show and this episode in particular is there are so many teases to character storylines and their impact on the MCU. This episode only has connections to the Thor Movies, Antman, Captain Marvel, Avengers and the Captain America Movies. As a fan of the comics you really get treated. Since I am two episodes behind and the sixth episode started streaming on disney Plus yesterday, I hear there is upcoming reveal of a character. The actors themselves have stated that. My bet is that Evan Peters will be introduced or maybe a version of magneto will appear. Michael Fassbender was the last actor to portray him on screen. Magneto is the father of Wanda and Peitro. Having them enter the fray would cause the multiverse to collide, like I mentioned in my previous posts. This episode has really captivated me and I look forward to the major reveals and figuring out the mystery of Westview. I am going to give this episode a 8/10. This is the best episode so far and I believe the show will get more interesting as a lot is promised from the actors and showrunner.

An Excellent Auto Sound System is a Requirement