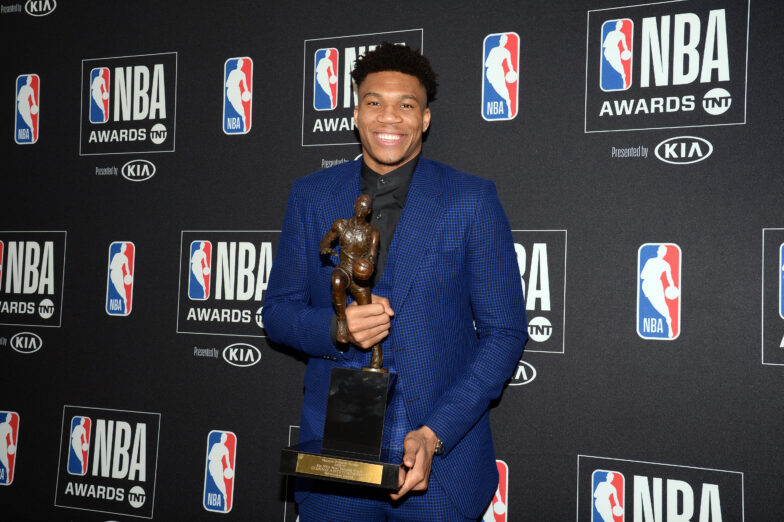 Luka Doncic is on his way to superstardom. In his second season Luka led the Dallas Mavericks to the playoffs for the first time since 2016. This season Luka is almost averaging a triple double. His averages are 27 points, 9 rebounds and 9 assists. Without Luka the Mavericks would not be where they are right now. He is the most favored player to win MVP.

Rudy Gobert has already proven himself to be a defensive stopper by winning back to back DPOY awards in 2018 and 2019. Gobert has been averaging 3 blocks and 13 rebounds a game. The Jazz would not be the number 1 seed in the west if it weren’t for Gobert’s defense.

Clint Capela is a close runner up for DPOY. Capela has been averaging 14 rebounds and 2 blocks a game. He was acquired from the Houston Rockets last season, his defensive presence was much needed for Atlanta.

Jordan Clarkson has been a key player for Utah’s success this season. His averages are 17 points, 4 rebounds and 2 assists. Clarkson continues to improve his 3pt game. Last season he shot 33 percent from beyond the arch, this season his 3pt percentage is 39 percent, improving drastically.

Chris Boucher has been a surprising sixth man for Toronto. He is constantly improving his game by averaging 13 points, 6 rebounds,1 assist, 2 blocks and is shooting an incredible 44 percent from three. Boucher is a key bench player for Toronto

The third overall pick in the 2020 NBA draft Lamelo Ball has been an exciting player to watch this season because of his crazy assists. Lamelo has been averaging 13 points, 6 rebounds and 6 assists. He broke the record for the youngest player to get a triple double. He recorded 22 points, 12 rebounds and 11 assists Lamelo is already known for his passes and assists similar to his brother Lonzo.They both have the same style of play. Lamelo has been a key contributor to the Hornets early success this season.

Tyrese Haliburton was a draft steal at the number 12 pick in the draft. Tyrese has turned out to be one of the best players in this year’s draft by averaging 11 points, 3 rebounds and 9 assists so far. He has earned himself a starting role for the Sacramento Kings.

When Detroit signed Jerami Grant to a three year 60 million dollar contract everyone was shocked, but Detroit knew what they were doing. Last season Grant averaged 11 points, 3 rebounds and 1 assist. This season Grant proved that he is worth his contract. Grant surprised everyone this season by doubling his stats by averaging 24 points, 5 rebounds, 3 assists and shooting 39 percent from three. Denver lost Jerami Grant by undervaluing him in free agency.

Newly hired 76ers head coach Doc Rivers was a good move for the 76ers this offseason. Last season was a very dysfunctional season for the 76ers because of Brett Brown’s adjustments with Ben Simmons and Joel Emiid, and not making basketball easy for them. The firing of Brett Brown was much needed. Doc Rivers has taken a lot of pressure off from Simmons and Emiid with better rotations. This hiring has paid off as now the 76ers have the best record in the east.