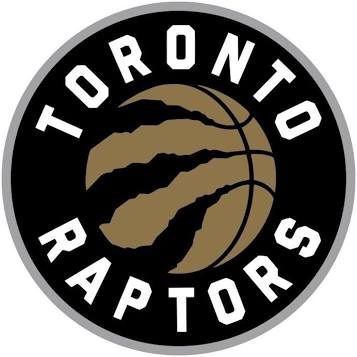 Last year the NBA played its second half of the season in an isolated bubble setup in Orlando, Florida. It was a successful attempt to salvage the season. The Toronto Raptors had a really good regular season and hoped to repeat as champions. They were eliminated by the Boston Celtic in the Eastern conference semifinals that went to 7 games. A good season overall but an expected result because of the departure of superstar Kawhi Lenoard. The team came into this season with a new home and several new team members. The Pandemic caused the raptors to relocate to Tampa Bay, Florida for the time being. Coming into the season the losses of members Serge Ibaka and Marc Gasol, cost the team grit, skill and experience at the centre position. That has been a concern throughout the season. Aaron Baynes and Chris Boucher took the reigns of the front court and results have varied. Baynes struggled out of the gate averaging lows in the first few games. Chris Bocher on the other hand has been a stand out. A lean 6’9 who can be a great help defender and a lethal three point shooter. His game has taken a big leap forward. Raptors president Masai Ujiri believed this would be the case when he gave Boucher a 2 year 13.5 million dollar deal in the off season. This certainly has paid off. As of Feb 21, 2021 Bocher is a league leader in blocks and a promising young talent. Baynes on the other hand has had an up and down season and not fulfilling the needs of the team. Having a career year in Phoenix last season this has been a disappoint so far. Moving onto the first time power forward position we have allstar Pascal Siakiam. His role from last season was the primarily scorer on offence. To start the season spicey P struggled. Taking the roll of led scorer has caused teams to focus in on him on the scouting report. Opposing teams would often send double teams and clog the line to prevent drives to the basket. If he shot the ball at a higher percentage the struggle early in the season would have been more manageable. However since then Siakiam has turned the corner, producing above average stats and consistency from 3 point land. Im hoping he can join the all star team again this year. Looking at the small forward position, OG Anunoby came into this season looking to develop more of an offensive game to match with his superior defence. OG certainly took steps forward. Earlier in the season he was getting to the rim using his craft, hit shots at a higher clip and looked like a vetern with his savvy moves. His handles also looked improved. Unfortunately OG suffered a calf injury that made him miss several games and interrupted a stelar season. OG should be considered a foundational piece for the raptors moving forward. I am very confident that he will be an elite two player in the future. Now looking at  the 2 and 1 position, the raptors are in the best of hands. Fred Vanvleet has been nothing but stelar this year. He has elevated his game to be a top scorer, ferocious on defence and just an elite talent to have. Vanvleet showcased his massive leap with a game in which he scored a franchise record 54 points. Vanvleet will likely be an all star this year to add to his mantle. Vanvleet’s future is also secure as he signed a 4 year $85 million deal. Now looking at Kyle Lowry, the heart of the team. Since he was traded to toronto way back in 2013, Kyle Lowry has always played hard and shown relentless effort when he is on the court. This season is no different, Lowry is the leader that every team needs to be successful. You know he will deliver every game. Kyle did sit out a fews games due to an injury. However the raptors won each and every game. This is in part due to the play of Norman Powell as he is having career highs. Like Lowry, Powell has played his heart out when he is called upon. Injuries to Kyle and OG has resulted in Powell starting several games and filling in quite admirably. He is the first player off the bench being the 6th man. Powell was drafted by the Raptors in 2013 and the familiarity with the franchise has definitely helped with his success in the last few years. The rest of the bench players consist of Terrance Davis,Yuta Watanbe and DeAndre Bembry. Terrance Davis is another stand out off the bench. Consistent shooting and a good passer are the highlights of his game. Watanbe and Bembry also contribute with solid defense. The team has players that contribute in one way or another. It took some time during the course of the season for it to mesh. They started the season 2 and 8 and are now hoovering around the 500 mark in the last few days and currently sit in the 6th spot for playoff setting. Nick Nurse and his rotations yield positive results. As the reigning coach of the year he is continually proving his worth.  My prediction for the reminder of the season is the raptors will win 43 games and enter the playoffs. I dont think they will be able to advance far but having that play out will be a successful  season.

Now that is my view of the team thus far. Mostly positive observations, however the stability and the winning ways of the Toronto Raptors in the last decade or so are in jeopardy if one man, Masai Ujiri, decides to move on to another situation. Ujiri’s contract is set to expire in the summer and there is no word on what he will be doing. As a man of his calibre and stature it doesn’t seem too promising that he will sign a new contract. Having him leave will be a big blow to the franchise more than Lenoard leaving to Los Angeles. All credit is due to Ujiri for turning the Raptors franchise into elite status. His management style, his will to do anything to win and his business savvy has led to the Raptors first championship and the first for the city of Toronto in over 25 years. My only concern is for the raptors to resign him, all else is gravy. If by some miracle he resigns the future is set.